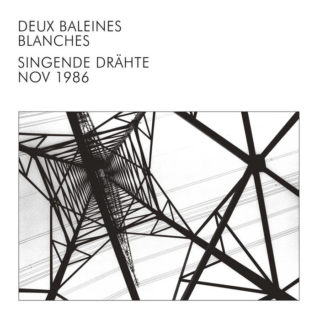 “Another remarkable example of the Duesseldorf underground tape output, 1986’s Singende Drahte originally circulated in a minuscule edition among aficionados only… Deux Baleines Blanches was the name of Stefan Schneider’s avant-pop-project who concurrently with his studies of photography at Duesseldorf’s Kunstakademie had begun his musical explorations in the early 1980s.”